This post follows up on a previous discussion of eBay’s URL structure, including the “bhp” subdirectory, which originally led to eBay’s historic penalty from Google.

June 16, 2020 Update:  Just 10 days after I published this hopeful blog post, it was revealed that eBay appears to be responsible for yet another scandal.  The FBI has charged five former eBay executives and a sixth employee with cyberstalking, and former CEO Devin Wenig’s own communication regarding the matter was described by eBay itself as “inappropriate.”  I acknowledge that several eBay employees have spoken publicly about this matter, but I believe eBay needs to do much, much more to explain to the eBay community how this could have happened in the first place.  For the record, eBay’s cleanup of its URL structure is still an important moment to recognize.  However, I am no longer as optimistic about the company’s future as I was when I wrote this piece two weeks ago.

One year ago, I wrote an open letter to eBay’s CEO at the time, Devin Wenig.

In it, I carefully explained the ongoing problem of eBay’s self-described “SEO pages” and their massive negative impact on organic traffic from Google.

It was my firm contention then, as now, that these pages needed to come down from the internet.  Every single one of them.  And as soon as possible.

I tagged the missive, “An SEO’s Plea to the CEO of eBay,” and desperately hoped somebody — anybody — at eBay would see it.

Based on recent events, I can hope that someone actually did.

The biggest story here is that the infamous eBay.com domain folder with a designation some conjectured stood for, “black hat pages,” is no longer live.

In a recent study I conducted of eBay’s URL structure (utilizing SEMrush), I discovered that the main offender in the original manual penalty debacle, the “bhp” subdirectory, has finally been almost completely taken down.

Link heavy, keyword stuffed, and marketplace detached, eBay’s non-structured data “SEO pages” were originally contained in the “bhp” folder and got the company into significant trouble with Google’s search policies in May 2014.

Of the thousands of these pages that once existed, there are literally only 17 left.  And they presently redirect to a harmless, generic category page.

Although it took eBay six full years to take down its “SEO pages,” doing so has finally made way for the long-awaited potential of improved organic Google search rankings for eBay product listing pages.

The “rpp” subdirectory, too

Like so many other three-letter subdirectories, the “rpp” folder was created at the time of eBay’s Google penalty to contain a large grouping of original “bhp” subdirectory pages as well as a host of other miscellaneous webpages.

There are now only 150 pages left in this folder, with apparently all redirecting to the eBay homepage.

eBay has also conducted a general cleanup of the rest of its URL structure.

For instance, old subdirectory designations such as “cln” (which used to contain eBay’s Collection pages) and “gds” (former subfolder for the eBay Guides) are now virtually empty and are no longer being actively used.

In addition, the remaining 1.8 million structured data product pages in the “p” subfolder (the directory that serves the former Product-Based Shopping Experience) continue to fulfill their limited function on the site in a clearly designated subdirectory.

Because the PBSE has essentially been replaced by another technology, none of eBay’s product pages currently rank in the top 500 eBay pages by traffic.

Overall, the impact of these changes appears to be positive.

eBay is getting a fresh start…

With the disuse of the “bhp” subdirectory, the “b” subfolder now contains all of eBay’s legitimate structured data browse pages.

With this improvement, pages such as the following:

are now prominent among the top 500 ranked eBay pages and may eventually gain some of the ground intended by Wenig’s original “structured data initiative” that was announced a year after the Google penalty.

Besides positive changes specific to structured data, eBay has also begun to make progress in the area of keyword-driven traffic.

The number of keyword phrases bringing users to eBay via Google’s top 100 organic search results increased from last year’s figure of 31.5 million to 40.9 million in the first part of 2020 — an increase of 29.8%.

By contrast, Amazon increased over the same period last year from 76.5 million to 90.3 million phrases — an increase of 18.0%.

Combined with the recent addition of its new and experienced CEO, I feel pretty strongly that there is reason to have hope in eBay going forward.

As well as grounds to remain wary.

…but has history begun to repeat itself?

As part of my analysis of eBay’s current URL structure, I came across a troubling new use for another old subdirectory.

The “c” subfolder, which once also contained eBay Collections pages, is now comprised of pages like the following:

Some of the pages, however, feature another difference that’s not so harmless.

Unlike typical eBay listings, which have identical title meta tags (visible in Google search results) and h1 tags (the listing’s visible product title), some of the “c” subdirectory pages have title and h1 tags that are for entirely separate products.

Unfortunately, the Google search result that brought me to the above page was not for an Emporio Armani backpack at all.

As visible above, the link from Google indicated that the backpack was actually a Just Porter rucksack.

In fact, of the top 10 Google results for “just porter ebay,” six of them lead to the wrong product — and five of the pages are from eBay’s “c” subdirectory.

This means that buyers, on some scale, are again being directly misled as to the content of eBay’s pages in Google SERPs.

Whether this problem exists for only a limited number or a sizable collection of the 17 million “c” subfolder pages remains to be seen.

Either way, you can be sure we’ll be keeping our eye on it going forward.

It is not surprising that eBay, for the last several years, has consistently focused on Google Shopping whenever publicly referring to its organic search results.

As I have demonstrated, the company’s history with its product listing pages and Google’s natural search index has been fraught with mishaps.

Congruent with that history, a current measurement of monthly organic traffic indicates that eBay’s unique visitors continue to drop (21.0% from last year) while Amazon has again increased (29.2% for the same period).

In addition, there is literally only one product listing page that presently appears in Google’s search index of the top 100 eBay pages ranked by traffic.

None of this should be a surprise to anyone who’s been following this blog.

But one of these days, I sincerely hope that we will all be talking about eBay’s natural search gains.

For the time being, however, we will have to be content to remember that at least eBay’s days of blaming “SEO” itself for its terrible Google search performance are over.

And in that vein, let’s take a moment to recognize that eBay’s overall cleanup of its URL structure is a genuine reason for sellers to celebrate.

Keep your chin up.

Copyright secured by Digiprove © 2020-2021 List Rank Sell, Inc.All Rights Reserved
About Dave Snyder 20 Articles
Dave is Founder & Chief Analyst at List Rank Sell. He began his intensive testing and study of eBay SEO in 2010, which eventually grew into a full-service agency dedicated to the practice. Dave has developed a methodology that embraces traditional search as well as technical SEO specific to eBay. Previously, he led a successful career as a tax analyst representing Cook County property owners.
Twitter LinkedIn

eBay SEO will not work on listings that ignore best practice, but the mere implementation of solid selling techniques will rarely improve search rankings in a significant way. […]

eBay has been particularly careful in recent months to announce many of the changes examined in the latest Fall Seller Update. But as always, I will also be covering some things here that you won’t see discussed anywhere else. […]

It is my contention that these pages, the ones that you dubbed “SEO pages,” are not only still live and still causing “degradation,” but that they are also the same pages that, five years ago, earned eBay a Google manual action penalty. If I am correct, the only way to truly address your GMV problem, then, is to immediately deal with your “SEO pages” issue. […] 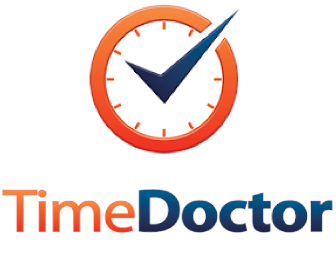